You are here : Home > Science > Sylvain Antoniotti: “One of an academic scientist’s duties is to inform citizens” 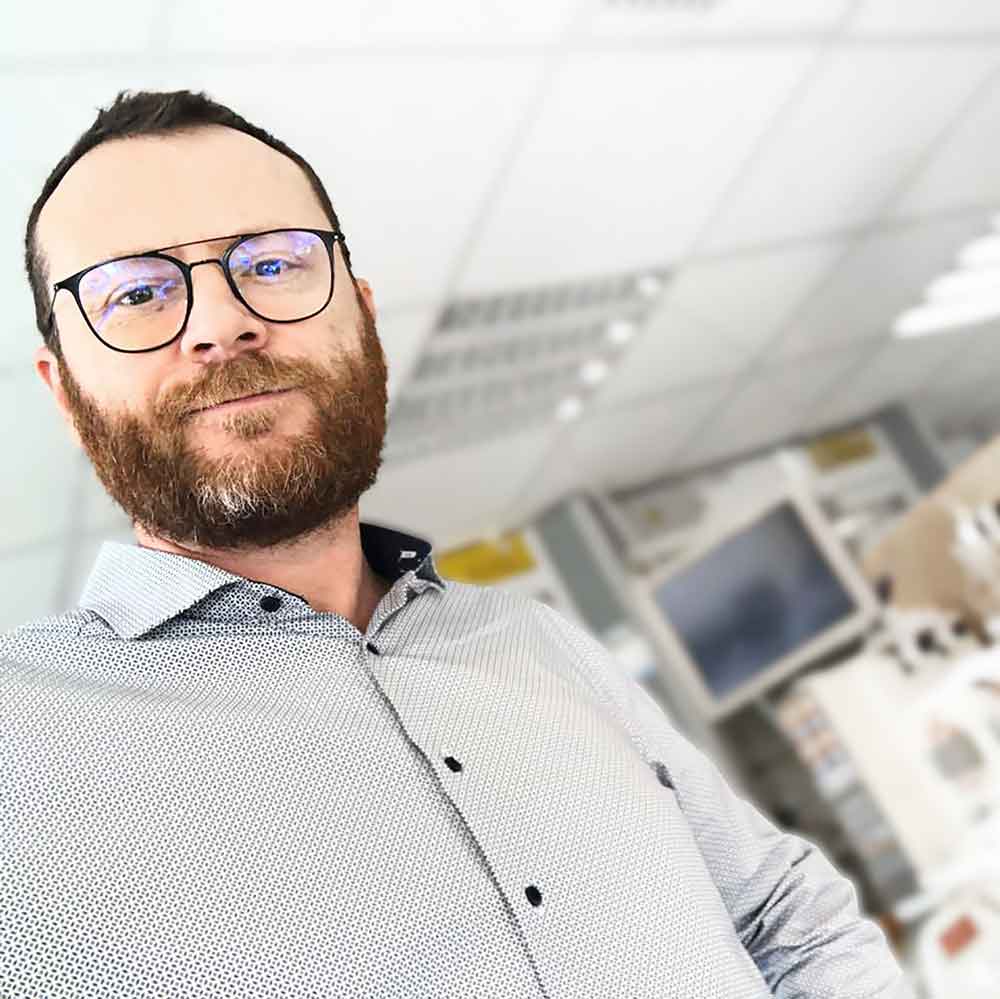 If there was one good thing to come out of the Covid-19 outbreak, we could say it was that it raised awareness among the general public of diseases like anosmia and ageusia, as we saw how the sense of smell turned out to be a casualty of the viral infection that has hit our world. Upon deeper analysis, these sudden and often temporary afflictions reveal or confirmed the importance of the sense of smell in our daily lives. We witnessed the distress of those who suffered from its loss, and there is still a long way to go in order for us to fully understand how our olfactory pathways function. As an introduction to a partnership with Nez that aims to spread scientific knowledge, on what we hope will be a long-term basis, Sylvain Antoniotti, Research Director at CNRS (France’s national scientific research centre, the largest research institution of the country) and Director of the Institute for Innovation and Partnerships in Flavours, Fragrances and Cosmetics at Université Côte d’Azur, explains the current state of research in the field.

The sense of smell was for a long time a little-known sense. When did research on olfaction start to develop?

On the face of it, smell is not considered to be the most useful sense in our daily life, and any interest in the topic is recent. A key moment came when the Nobel Prize in Physiology or Medicine was awarded to Richard Axel and Linda Buck in 2004 for their work on the olfactory system. Not only did it obviously put olfaction under the spotlight, but it also reoriented the direction of some research. Axel and Buck demonstrated how our olfactory receptors detect odorant molecules and studied the links involved in processing at a cerebral level, where other effects come into play such as pleasure and memory. Their work revealed the extent to which the sense of smell is a complicated field of study and that it must be considered in an interdisciplinary way, alongside the work of chemists, biochemists, physiologists, medical doctors, psychologists, sociologists, linguists, anthropologists and more.

How is research on olfaction in France organised?

Historically, several research laboratories, which are typically linked to universities, have worked on issues surrounding olfaction, some with their own expertises. These institutes include: the CNRS, the INRAE (France’s new National Research Institute for Agriculture, Food and Environment, formerly known as the National Institute for Agricultural Research) or Inserm (the French National Institute of Health and Medical Research). At Université Côte d’Azur, we have been carrying out basic research applied to the science of perfume for several decades because of our proximity to Grasse and the numerous perfume companies that are based there. In Dijon, you will find the Centre for Taste and Feeding Behaviour (CSGA), in Lyon, the Neuroscience Research Centre, and other laboratories can be found in Montpellier, Toulouse, Paris, Le Havre, Lille, Strasbourg, Nantes, Angers and many other French cities.

This network reflects the interdisciplinary approach I mentioned earlier. A research network was formed in 2015, named (according to the CNRS’ terminology) the GDR O3 (Odorant, Odour, Olfaction). This group organises scientific events for the network, including meetings, seminars and collaborative projects. In the last few weeks, it was particularly important in generating a quick response to the world-wide study launched by the Global Consortium for Chemosensory Research (GCCR) on issues surrounding anosmia and ageusia developing in patients suffering from Covid-19. A questionnaire for patients was devised and translated into more than thirty languages in order to deepen our understanding of the loss or alteration of smell and taste and possibly to use the results to develop a diagnosis of the illness. Thanks to the GDR, French researchers were able to come together quickly and obtain over 10,000 replies to the survey.

Are there any cutting-edge laboratories specialised in the field abroad?

There is the Monell Chemical Senses Center in Philadelphia in the United States, which is partnered with Université Côte d’Azur. This non-profit research institute specialises in molecular biology, neuroscience and the physiology of olfaction and taste, linked to food and, more specifically, obesity. In addition, researchers at universities not necessarily explicitly linked to olfaction can also contribute to the field, whether that be elsewhere in the United States, in Germany, England, Italy, the Netherlands, Japan or Korea.

Why are you building this partnership with Nez?

We all have a bottle of perfume in our bathroom, but we don’t necessarily know how it’s made, what it’s composed of, what the difference is between synthetic and natural ingredients, or even what a molecule is. As with other fields where technology is at an advanced stage, the general public sometimes find it hard to connect, and people have a lot of misconceptions. There is still little in the way of outreach material for perfume because the science of olfaction is so young, but one of a scientist’s duties is to inform citizens. So, we want to propose content to help simplify and make the science of perfume accessible to everyone.

We will start with a contextual article to set the scene, then we will focus on specific topics: like the molecular structure of different ingredients, biotechnology and the debate over synthetic and natural ingredients. We will also be able to put forward ‘spin-off’ versions of our scientific research; when our researchers publish an article in a science journal, they will be able to write a short and accessible version for the general public to explain what their findings can teach us.