You are here : Home > Perfume > Firmenich, a 125-year legacy in perfumery 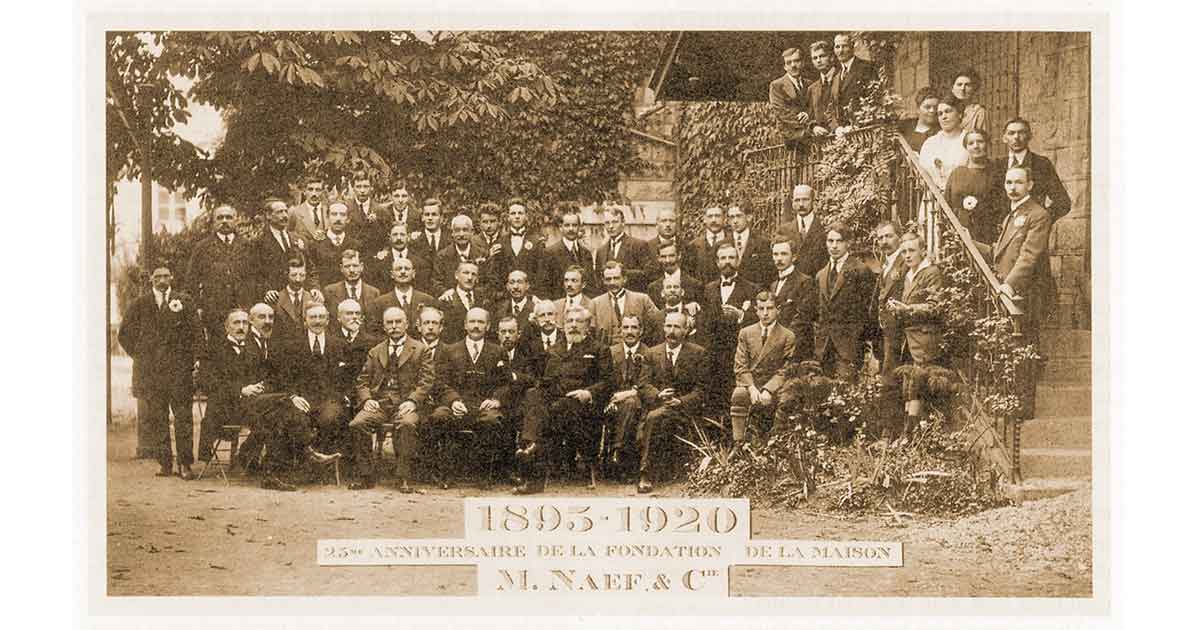 Firmenich is not just the name of a flavour and fragrance company. It is also that of a family with strong commitments to the group’s staff, clients and the communities in which it operates.
“To do well you must do good and to do good you must do well”: The motto reflects the legacy of a company that just celebrated its 125th anniversary in November 2020. Patrick Firmenich, chairman of the board and a member of the fourth generation to be involved in the business, tells the story of this 100%
‘family’ company.

Firmenich is 125 years old this year. How are you celebrating the anniversary?

Unfortunately, given the current pandemic, we can’t invite all our staff to celebrate this milestone in our company’s history. To commemorate this important date, we have organised a virtual convention with our teams all over the world.

How did the company begin?

Firmenich was initially a start-up founded by two associates, Philippe Chuit, a brilliant scientist, and Martin Naef, a talented businessman. The story unfolded in Geneva in 1895, in the neighbourhood of La Servette, where the two men decided to rent the garage of a certain Charles Firmenich in order to develop revolutionary molecules that would go on to seduce their first client, the perfumer François Coty. Charles Firmenich had a daughter named Thérèse. She had noticed one of the handsome young men, Philippe Chuit, as he came and went, and a romance was born… She urged her brothers Fred and Hugo to join the company; later, they took it over [and, in 1934, Chuit, Naef & Co. became Firmenich & Cie].

Did you always want to work for the company?

No, initially I didn’t want to join the family business… But after two years working at Credit Suisse First Boston in New York and getting an MBA from INSEAD, my father suggested I interview there. The company culture, as well as the men and women behind it, appealed to me. I first joined Firmenich in Paris as a sales representative, mentored by Michel Missoffe. Firmenich is a family legacy and I am extremely proud to have been a part of it since 1990.

Genealogy of the Firmenich family

1st generation:
1900: Fred Firmenich joined the company created by Chuit and Naef in 1895 as a salesman.
1916: His brother Hugo joined him as sales manager.
2nd generation:
1931: Roger and André, Fred Firmenich’s sons, joined the company.
1939: Georges joined Firmenich.
1944: All members of the 2nd generation (Roger, André, Georges, Robert, Albert) worked in the company.
3rd generation:
1969: Fred-Henri joined Firmenich and became Chief Executive Officer in 1973, until 1989.
1989: His brother Pierre-Yves succeeded him as the CEO until 2002.
Fred-Henri, Pierre-Yves, Charles, Michel, Bernard, Philip were thus active at Firmenich.
4th generation:
André, Yasmine, Julien, Antoine, Johan and Guillaume, as well as Patrick join the company.
2002 to 2014: Patrick took over as Vice Chairman of the Board of Directors in 2014, then Chairman in 2016.
2014: Gilbert Ghostine took office as the first non-family CEO.

What’s your most beautiful memory?

There are so many after 30 years with the company! My first major victory, CK One, holds a special place in my heart. Launched in 1994 as a unisex fragrance initially intended for the US market, it sold 15 million bottles worldwide in 1996 alone. Our production team couldn’t handle the demand; we were selling the equivalent of several Olympic-size pools of CK One every week! It’s funny to think that today, a quarter of a century later, it’s still a best-seller. It’s truly a testament to the timeless creativity of our two master perfumers, Alberto Morillas and Harry Fremont.

How has the company changed since you arrived?

Throughout its 125 years, Firmenich has reinvented itself. The company has remained faithful to its entrepreneurial spirit and to its heritage as a responsible firm by achieving genuine break throughs in the areas of innovation and research. Just to give you an example, when I was CEO, between 2002 and 2014, we set up an ambitious sustainable develop- ment strategy to position our company at the forefront of issues such as health, security and the environment. One of my first decisions was to create a compliance division to supervise efforts aimed at making Firmenich safer, greener, more transparent and more responsible to our stakeholders. I named a head of sustainable development, in charge of building the company’s strategy on these issues, and he produced our first report in 2006, well before many publicly listed companies. We launched the Green Gate process in 2010 to ensure that all our new fragrance molecules would be biodegradable.

The Firmenich Museum in Geneva opened five years ago. What does
it showcase?

We inaugurated it in November 2015 for our 120th anniversary. The museum pays tribute to our company’s tradition of excellence in the fields of science and innovation, which drive our growth. From the 1939 Nobel Prize [in Chemistry, awarded to Leopold Ruzicka] to our original copper stills and a unique collection of antique perfume bottles – including a pearl necklace in which each pearl contains a perfume – everything is exhibited in cabinets and on desks that belonged to my family.

What is your most fervent dream for the 150th anniversary of Firmenich, 25 years from now?

Over the next 25 years, our ambition is to become the indisputable reference regarding social and environmental responsibility, in responding to the climate emergency and to remain the most creative company in our industry. We believe we can reconcile these goals while continuing to satisfy the demands of consumers for ethical, traceable products. Creating positive emotions while respecting society and the planet is part of the very genesis of our firm. These are the values that have enabled us to exist for the past 125 years.

1939
Leopold Ruzicka, who determined the structure of muscone for Firmenich, receives the Nobel Prize in Chemistry for his work on terpenes.
1956
A system of employee stock options is set up.
1991
The company becomes a signatory to the International Chamber of Commerce’s first Business Charter for Sustainable Development, one year before the Rio Summit declares sustainability a major global issue.
2014
Appointment of the first CEO outside the Firmenich family, Gilbert Ghostine.
2020
Firmenich achieves its goal of using 100% renewable electricity and acquires DRT, a world leader in plant-based chemistry.