You are here : Home > Perfume > Calice Becker: “The ultimate goal would be to see perfume design recognised as an intellectual work” 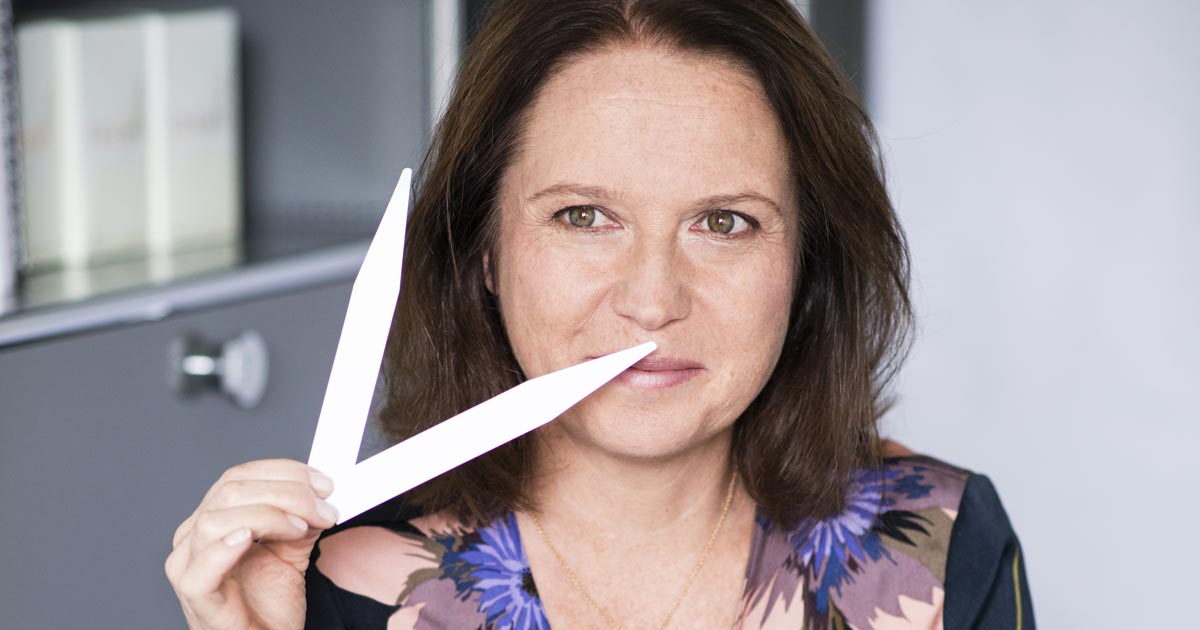 Will perfumery one day be recognised as an artform? Since 2013, the International Society of Perfumer-Creators has been working towards wider recognition for the perfumer profession. At the beginning of 2021, it will publish a charter defining the rights and moral obligations that apply to the profession. Hopefully, this will be the first step towards one day seeing perfume design recognised as an intellectual work by the French Intellectual Property Code. Calice Becker, President of the Society, answered Nez’s questions.

Why was the International Society of Perfumer-Creators created?

In 2012, Frédéric Mitterand, who was the Minister of Culture at the time, named five perfumers Knights of the Order of Arts and Letters, maintaining that the intelligence of the nose should be recognised as much as that of the hands. This statement resonated like an injunction. A few months earlier, eleven founding members of the International Society of Perfumer-Creators (Maurice Maurin, Raymond Chaillan, Maurice Roucel, Jean Guichard, Patricia de Nicolaï, Dominique Ropion, Sylvie Jourdet, Olivier Cresp, Thierry Wasser, Christopher Sheldrake, and the Society’s President, Patrick de Saint Yves) had announced their intention to value, promote and defend the profession. In 2014, the Society became a non-profit organisation. Today, it has over 300 members. Its first act was to trademark the term “Perfumer-Creator” in France. The ultimate goal would be to see perfume design recognised as an intellectual work. However, in 2017 when I succeeded Raymond Chaillan as President, I realised that the perfumer profession has no official existence anywhere, neither at the Ministry of Culture, nor at the Ministry of Industry, nor for the “Living Heritage Company” designation, but if we have any hope of receiving recognition, our profession first needs to be properly defined and outlined.

How do you explain why this has not been the case up until now?

The profession has never been united. Under the monarchy, there was a trade association of master glove-makers and perfumers, but it was dissolved with the arrival of the Revolution. Then modern perfumery was born with the Universal exhibitions, around leading figures such as Aimé Guerlain, with a sort of gentleman’s agreement and unspoken rules. This continues even today. We are trained in schools where we learn from our mentors who say things like: “this practice should be encouraged” or “that is not how things are done”, but no definition or official rules apply to our profession. It is undoubtedly because for a long time the trade was ruled by a culture of secrecy. Perfumers did not used to sign their works, a bit like ghost writers in literature. This is much less the case these days, but it is still difficult to have discussions with large companies. The Perfumer-Creator Charter will enable us to set the record straight and to provide a framework.

How was it established?

In order to write it, we first had to agree on how to define ourselves. We had around twenty qualitative interviews carried out with perfumers from all over the world, some at the beginning of their career, others more experienced, from both small and large companies, working for independent brands and some directors of big companies. These interviews raised certain issues that then enabled us to draw up a quantitative questionnaire for which we received 220 responses. Next, we got on with writing the charter, which we are now in the process of finalising. It will be reviewed by a lawyer so it can serve as case law in the event of a legal dispute, then it will be subjected to a vote by the board. It will be published in early 2021 and distributed in perfumery schools.

What are the key features of the charter?

These days, anyone who buys two essential oils can call himself a perfumer. The purpose of the charter is similar to that of the medical order. It will outline the rights and obligations of perfumers covering different areas: training, respecting rules established by the IFRA (the International Fragrance Association, which regulates the use of ingredients in perfumery), ethical behaviour, copyright and more.

What other projects are there at the International Society of Perfumer-Creators?

One of our main goals is to create a Perfume Institute or Conservatoire in Paris which would be open to the public and professionals alike to provide information on natural raw materials, synthetics, industry standards and more. This new site would expand on the Osmothèque, which is currently housed on the ISIPCA campus in Versailles. It is a very ambitious project also supported by the French Society of Perfumers and the Society of Friends of the Osmothèque. A specialist in the creation of public cultural institutions has been tasked with drawing up the specifications of the project so that we can raise funds.

Finally, we would like to bring perfumers closer to the IFRA. They often feel hindered by its existence, when the association was founded by perfumers themselves in order to ensure compositions are safe and so that perfume can be a pleasure, and not a risk. Thanks to the International Society of Perfumer-Creators, perfumers can get involved with the IFRA by sharing their knowledge of the use of ingredients and their olfactory qualities.